Home | About | Get Social | History of Cheverus High School

Cheverus High School is a private, Catholic college preparatory school sponsored by the Society of Jesus. Founded on Free Street in Portland in 1917 as The Catholic Institute High School, Cheverus changed its name to Cheverus Classical High School in 1925 in honor of Bishop Jean de Cheverus, the first Bishop of Boston. 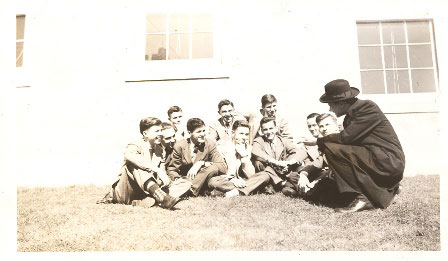 During its first 25 years, teaching and administration of the school was handled by diocesan clergy who also served as curates in local parishes.

In 1942, Bishop Joseph McCarthy, then Bishop of Portland, obtained the services of the Society of Jesus as teachers and Cheverus became a Jesuit-operated diocesan school.

In 1946 the Free Street building was sold and the Bishop purchased 32 acres of land along Back Cove on Ocean Avenue in Portland. Cheverus took up temporary residence in the St. Aloysius School on Cumberland Avenue in Portland while its new -- and current -- facility was being built. The new school opened in April of 1952. 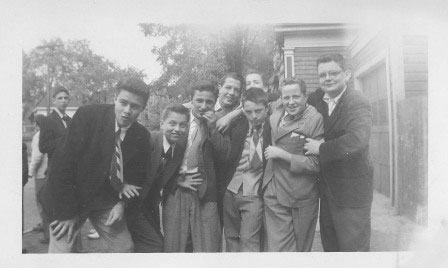 Under the stewardship of the Jesuits, Cheverus has grown to include both qualified male and female students, and remains committed to its founding principles of superior educational and spiritual growth of the individual – the hallmark of an educational program deeply rooted in a Jesuit philosophy spanning over 460 years. The founder of the Jesuits, Saint Ignatius of Loyola (1491-1556) continues to inspire us.

The Ignation vision of the magis — Latin for “more” -- challenges the entire Cheverus community to seek the greater good and to embody this vision by becoming men and women for others.

What's in a Name? 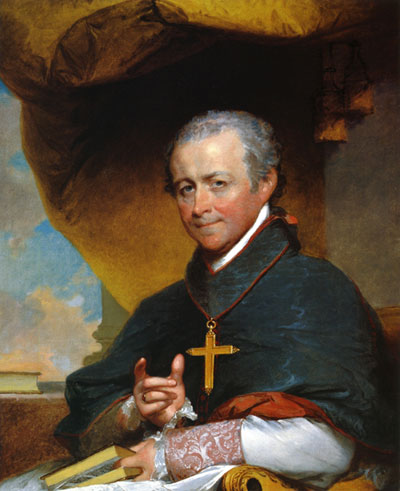 Cheverus High School was founded as The Catholic Institute High School in the year 1917 by Bishop Louis Walsh of Portland.  In 1925, the name of the school was changed to Cheverus Classical High School in honor of Bishop Jean de Cheverus, the first Bishop of Boston.

Bishop Cheverus arrived in Boston from France in 1796 and spent many of the ensuing months working with the Penobscot and Passamaquoddy Tribes, winning the praise of Catholic and non-Catholics alike. In 1808, he was named the Bishop of Boston, a diocese which then included the present State of Maine. Suffering from ill health, he returned to France in 1823 and was named Cardinal Archbishop of Bordeaux in 1836 shortly before his death.

The “Stags,” the nickname and mascot of Cheverus teams, is also derived from Bishop Cheverus. The word “stag” is “cervus” in Latin and “cerf” in French.  It is from this root word that the family name Cheverus was derived.

The school colors -- purple and gold -- according to reliable but undocumented tradition, were chosen when the Society of Jesus took over responsibility for Cheverus High School in 1942.  It was then decided that the school colors would represent the two great institutions of higher education run by the Jesuits in New England.  Thus, we have royal purple from The College of the Holy Cross, the oldest Catholic college in New England and third oldest in the United States, and the gold of Boston College, now one of the largest Catholic universities in the country.