The Turkey in Me 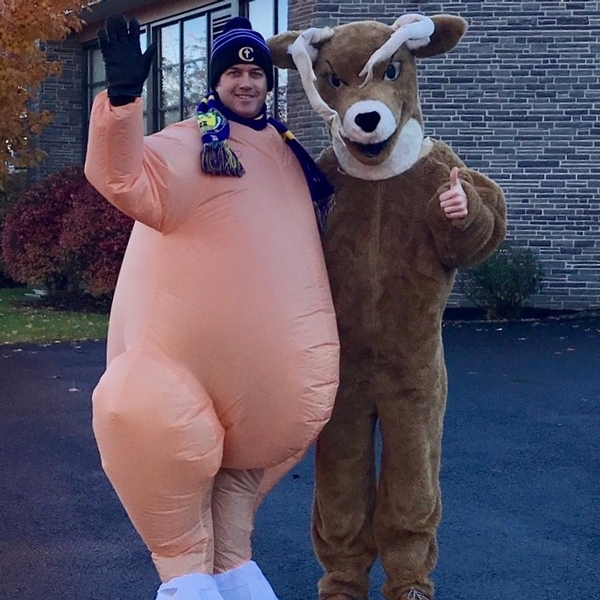 American author and humorist David Sedaris gained notoriety in the early 1990s through a series of essays he read on NPR called “The Santaland Diaries.” In them, he chronicled his daily observations as he played the role of an elf for the Christmas season at Macy’s in New York City. With humor that can be a bit off-color at times, Sedaris describes his colleagues (fellow elves), customers (families visiting Santa), and the “elf culture” of Macy’s with such wit and wisdom that my wife and I find ourselves listening to the diaries each Christmas season and quoting lines from them throughout the year.

So when I don an inflatable turkey suit each November in the hopes of helping our Key Club gather the 400 or so frozen turkeys we will need for our Turkey Drive, I imagine that to some extent this is what Sedaris felt like as an elf at Macy’s. In this spirit then I offer some thoughts and reflections from my time as a turkey: