Cheverus offers a three-year core curriculum in history for freshmen, sophomores and juniors. The aim of the core curriculum is to give students a comprehensive survey of world and United States history from the prehistoric period to the modern world. United States history is covered in detail in the sophomore and junior years in tandem with world history. Electives are available for seniors and qualified juniors. 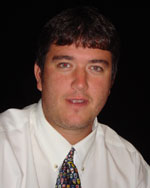 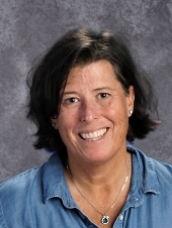 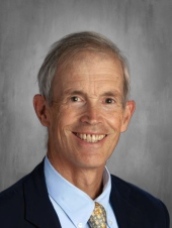 History I is the first course of a three-year history curriculum at Cheverus designed to acquaint students with the history and geography of both the world and the United States. In the first year, we consider the development of western civilization through the medieval period from its roots in the ancient Near East and the Greco-Roman tradition of the Mediterranean, as well as the early history of the Islamic, Slavic, Indian and Chinese cultures and civilizations.

This course begins with a survey of world civilizations on the eve of the European Renaissance, c. 1400 AD. The course then examines the emergence of modern western culture in Europe, political rivalries in Europe and their impacts on the settlement of North America, the colonial experience, the Enlightenment, the American Revolution and its repercussions in Europe and Latin America, the French Revolution and Napoleonic era, the Constitution and early federal period, the Industrial Revolution and its impacts, and democratization, sectionalism and western expansion in the United States. The course will also cover key developments in the Islamic, Indian, East Asian and African cultures during this chronological period.

This course covers the same material as History II but at a more challenging level that involves more reading of primary sources, more conceptual analysis of historical events, and more writing.

This course surveys history since the mid-19th century, with a close look at the internal history and development of the United States as well as at its foreign relations. These will be considered also in their global context. Trends and phenomena characteristic of the period such as industrialization, nationalism, the expansion of democracy, global trade, imperialism, the rise and fall of Communism and Fascism, the world wars, de-colonization, and, more recently, the resurgence of non-Western cultures will be considered both from a U.S. and global perspective.

This honors-level course covers the same material as History III but at a more challenging level. Solid reading, interpretive, and writing skills, along with a willingness to devote considerable time to homework and study, are necessary to succeed. Students must demonstrate success in the writing and analytic skills necessary for continued honors-level work at Cheverus.

The AP U.S. History course is designed to provide students with the analytic skills and factual knowledge necessary to deal critically with the problems and materials in U.S. history. The program prepares students for intermediate and advanced college courses by making demands upon them equivalent to those made by full year introductory college courses. Students should learn to assess historical materials — their relevance to a given interpretive problem, reliability, and importance — and to weigh the evidence and interpretations presented in historical scholarship. An AP U.S. History course should thus develop the skills necessary to arrive at conclusions on the basis of an informed judgment and to present reasons and evidence clearly and persuasively in essay format. Students in this course are required to take the AP exam in May.

Cheverus offers a program of electives in history and social studies to seniors and qualified students from other classes.  Please note that the listed courses are offered provisionally, subject to such factors as student interest, budget constraints, and faculty teaching assignments. Students should sign up for year-long elective sequences in order of preference, with the understanding that there is no assurance that the listed courses will be offered, that students will receive their top choices, or that there will be an opportunity to switch between sequences at mid-year. Any switching at mid-year is entirely at the discretion of the Guidance Office and the instructors involved.

World War II was the largest armed conflict in the history of the human race. Sixty million people died, cities were destroyed around the world, western colonialism was brought to an end, technology advanced by giant strides, radically new forms of economic and social organization came to dominate much of the world, and new international alliances, organizations and institutions became cornerstones of the post-war world. After studying the origins of WWII in the Treaty of Versailles and surveying the geopolitical landscape of the inter-war years, we will consider the events of the war itself in its many theaters and phases, from political developments to military engagements to the social history of the home front. We will then consider the aftermath of the war, paying particular attention to the scientific and technological developments that are an important legacy of the war, as well as the diplomatic arrangements that gave an uneasy stability to the Cold War period.

This course will explore the political, social and cultural history of an era that fundamentally reshaped American life. We will examine the Kennedy and Johnson presidencies, the civil rights movement, the Vietnam War, student protest and the counterculture, and women’s liberation.

Year - 1 credit
Grades 11-12
(Juniors:  This is an elective; it does not fulfill the History III requirement)

American roots music is our nation’s richest artistic tradition. This course will survey American history by examining the music and lyrics of various genres of roots music. Students will study these genres and their outstanding exemplars as reflections of specific historical moments and trends in U.S. history, for example, the frontier conditions reflected in “Shenandoah,” slavery and Jim Crow in American blues and spirituals, and the social conditions of the Great Depression in Woody Guthrie’s music. Students should note that the course is a history course, but music is the primary source by which the history will be studied. The goal of the course is for students to deepen their understanding of American history by learning about the various genres and examples of roots music and the historical conditions that produced them.

Economic Forces in US History

This course will provide students an introduction to basic economic theory in the context of American history. Students will re-examine key moments from American history, focusing on the economic considerations of the events. Individual units of study will incorporate interactive simulations and exercises that will deepen students’ understanding of both history and current events, as well as economic theory and practical financial literacy.

AP Economics is a rigorous, college-level course in introductory economics. Emphasis is placed on how the market economy of the United States directs the production and allocation of goods and services, although other economic systems are briefly considered. Both introductory macro and microeconomics are covered. Students enrolled in the class are required to take at least one of the AP Econ exams.

This course considers the development of modern Europe from the Renaissance to the present. The history of Europe in this period has had profound implications for the rest of the world as European ideas and technology were the first to exert a global influence, and European culture has left a deep mark in virtually every part of the inhabited world. Part of the course will consider Europe’s impact on other world cultures as well as their responses, both historically and in the present. In addition to providing students with a narrative of events, this course aims to help students see larger trends in history, analyze historical sources, and make connections between political, social, intellectual and artistic movements. The course is intended to be, in keeping with the College Board’s AP program, a rigorous, college-level survey. Students in this course are required to take the AP exam.