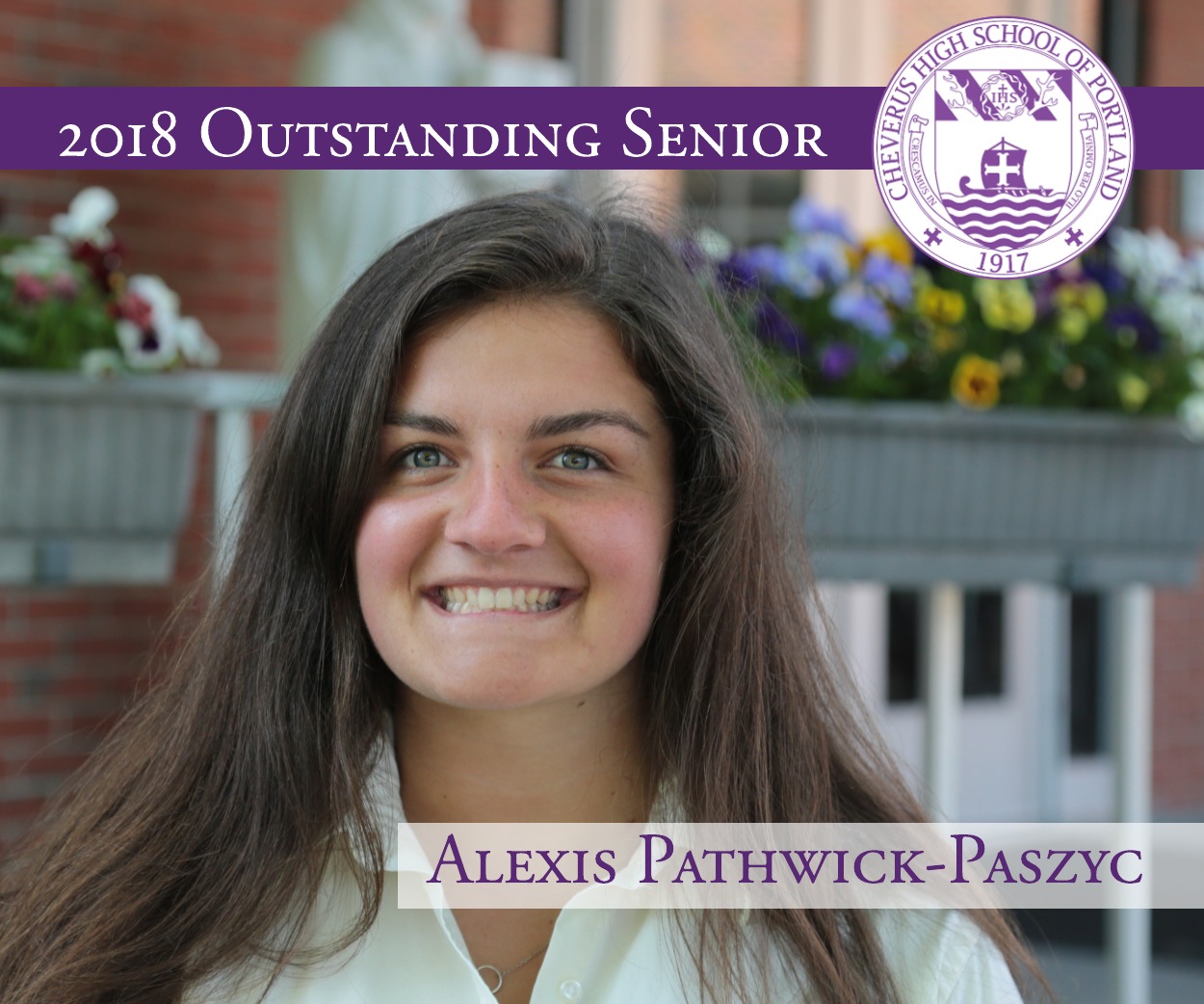 Alexis Pathwick-Paszyc ’18 has been named Outstanding Senior from the Cheverus High School Class of 2018 and will deliver an address at graduation on Monday, June 4, 2018. The Outstanding Senior and All-Around Student Award, selected by the students, faculty and staff,  is given to the graduating senior who best exemplifies the spirit and ideals of a Cheverus student.

Pathwick-Paszyc is the oldest daughter of Christopher and Deborah Pathwick-Paszyc. She will attend Northeastern University and plans to study biomedical engineering.