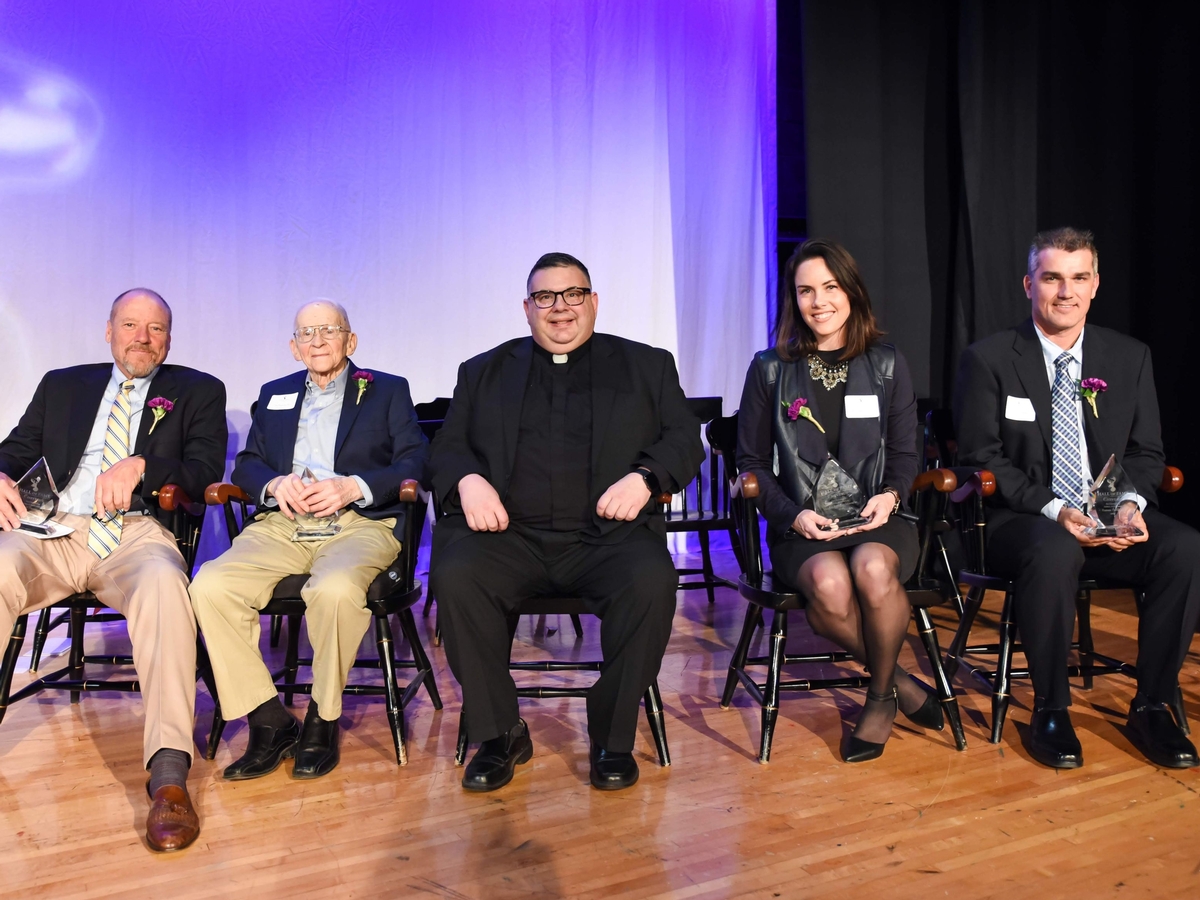 Four former student-athletes were inducted into the Cheverus Athletic Hall of Fame on Wednesday, April 3 in a ceremony held on campus.

A 1941 graduate of Cheverus,  Beaudry competed on the football and basketball teams.Beaudry served as the Director of Athletics at St. Francis College (UNE) for 21 years, coaching baseball, basketball, soccer, cross country and golf. He was named an Honorary Alumnus of UNE, where the gym is named in his honor. At 95 years old, Beaudry continues to be active in local sports - teaching clinics at the elementary level and attending numerous sporting events in Southern Maine. 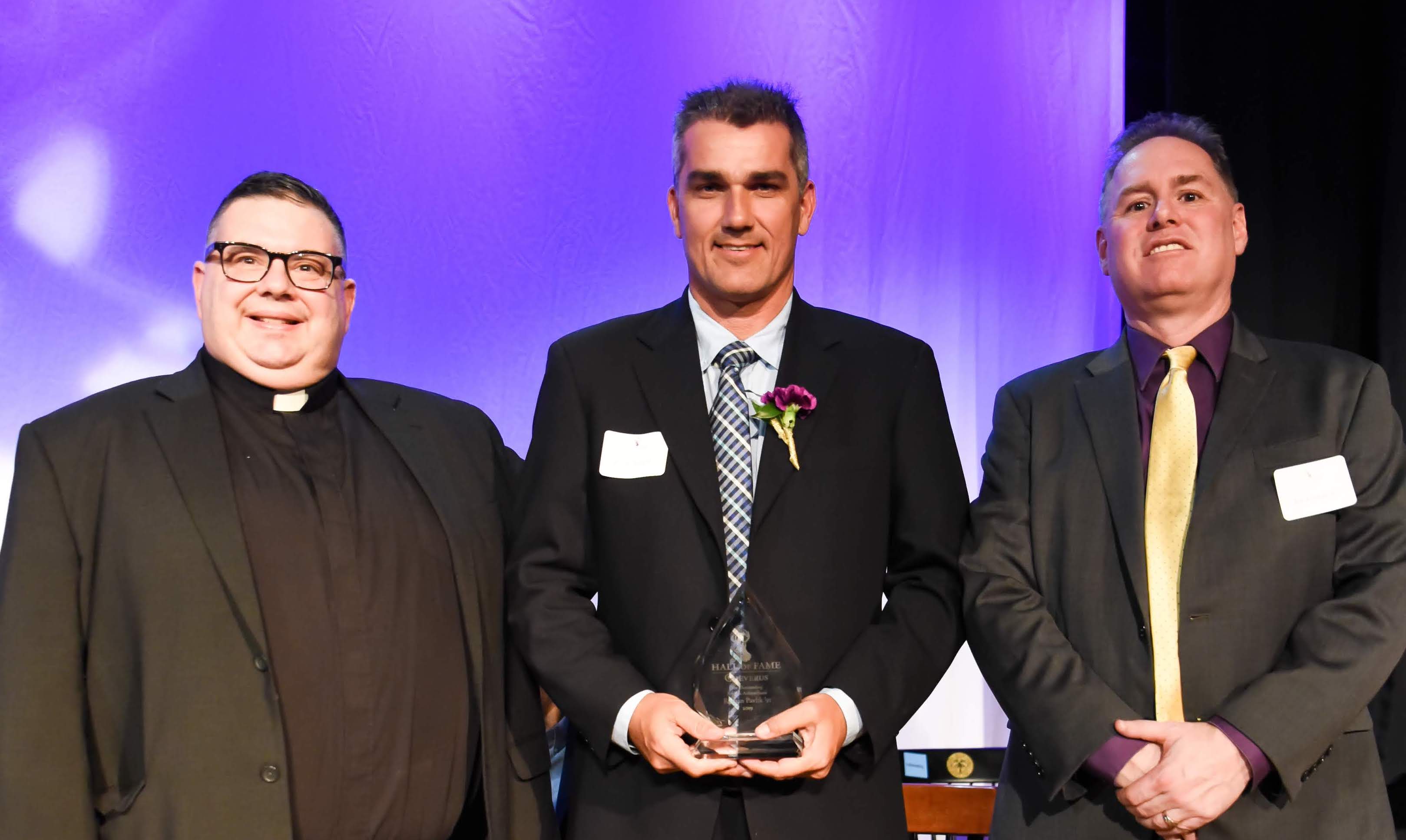 Pavlik left an indelible mark on the Cheverus tennis program. The Stags won state championships each of Pavlik’s four years on the team -- the only tennis state championships in Cheverus history. Pavlik was the top-ranked singles player three years in a row; elected captain twice; and the only Cheverus tennis player to ever win the individual boys tennis championship. His senior year, Pavlik never lost a set -- let alone a match. In addition to his prolific achievements in tennis, Pavlik was valedictorian of his 1991 graduating class. Pavlik continued his distinguished tennis career at Bryant College and was a Northeast-10 Champion for all four years. Pavlik is the only player in conference history to never lose a match. 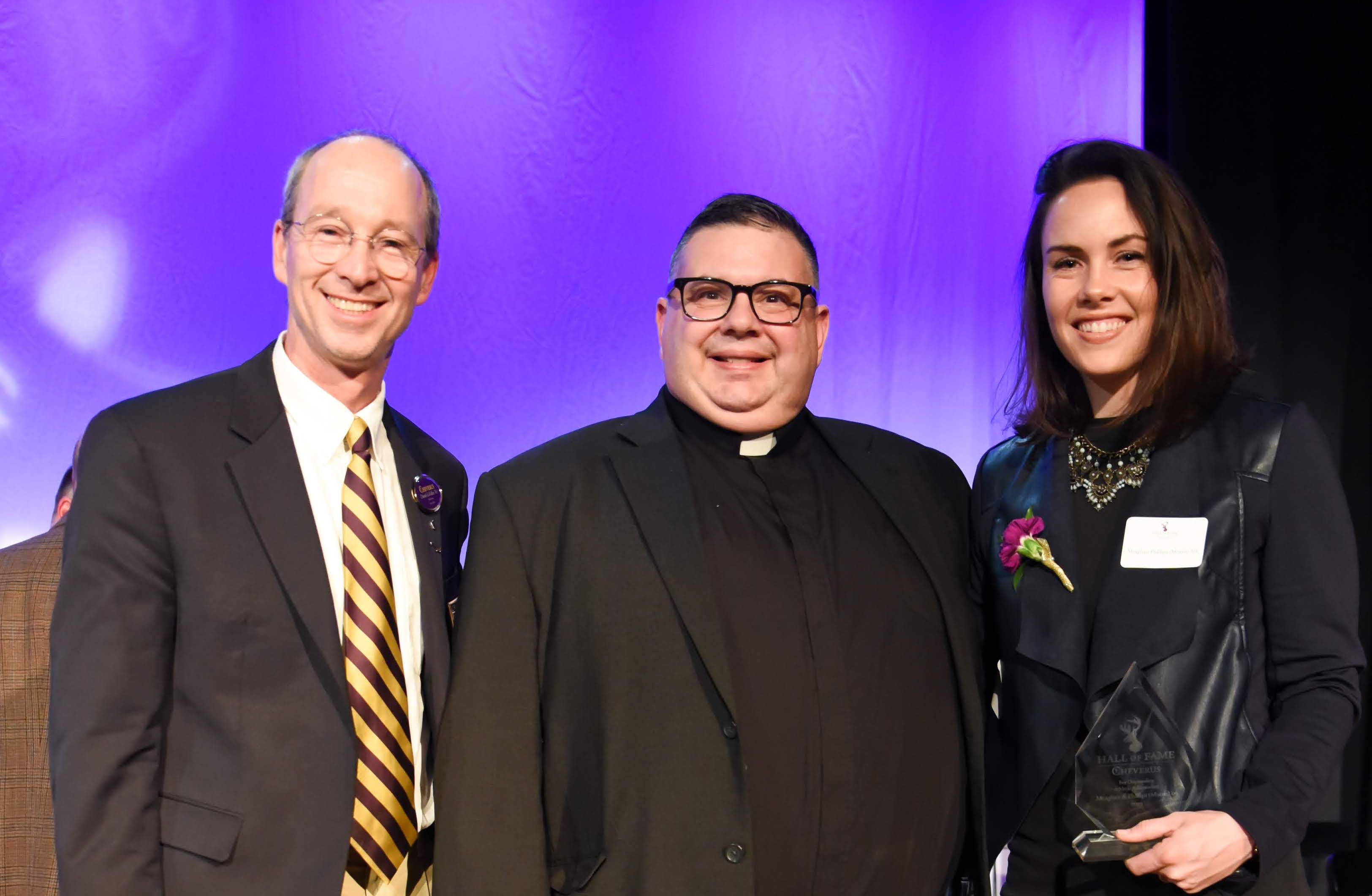 As a member of the soccer, swimming, indoor and outdoor track and cross country teams, Meaghan Morris rose to the challenge wherever her team needed. Enrolling at Cheverus at the start of its transition to coeducation, Morris joined every sport she could to fill rosters and ensure that teams would be competitive against larger and more mature programs -- participating in as many as 5 sports per year. In 2005, Morris won the discus event at the Maine Class A Outdoor Track State Championship, and also scored as a member of the team’s 4x400 meter relay team; she also twice qualified for New Englands. As a member of the first Cheverus women’s swim team, dubbed the “Original Six”, she served as a key member of the state championship-winning and record-setting 200 medley relay and 200 free relay teams, and set a school record in the 100 butterfly. In addition to her athletic achievements, Morris was named Outstanding Senior and All-Around Student of her 2005 graduating class. 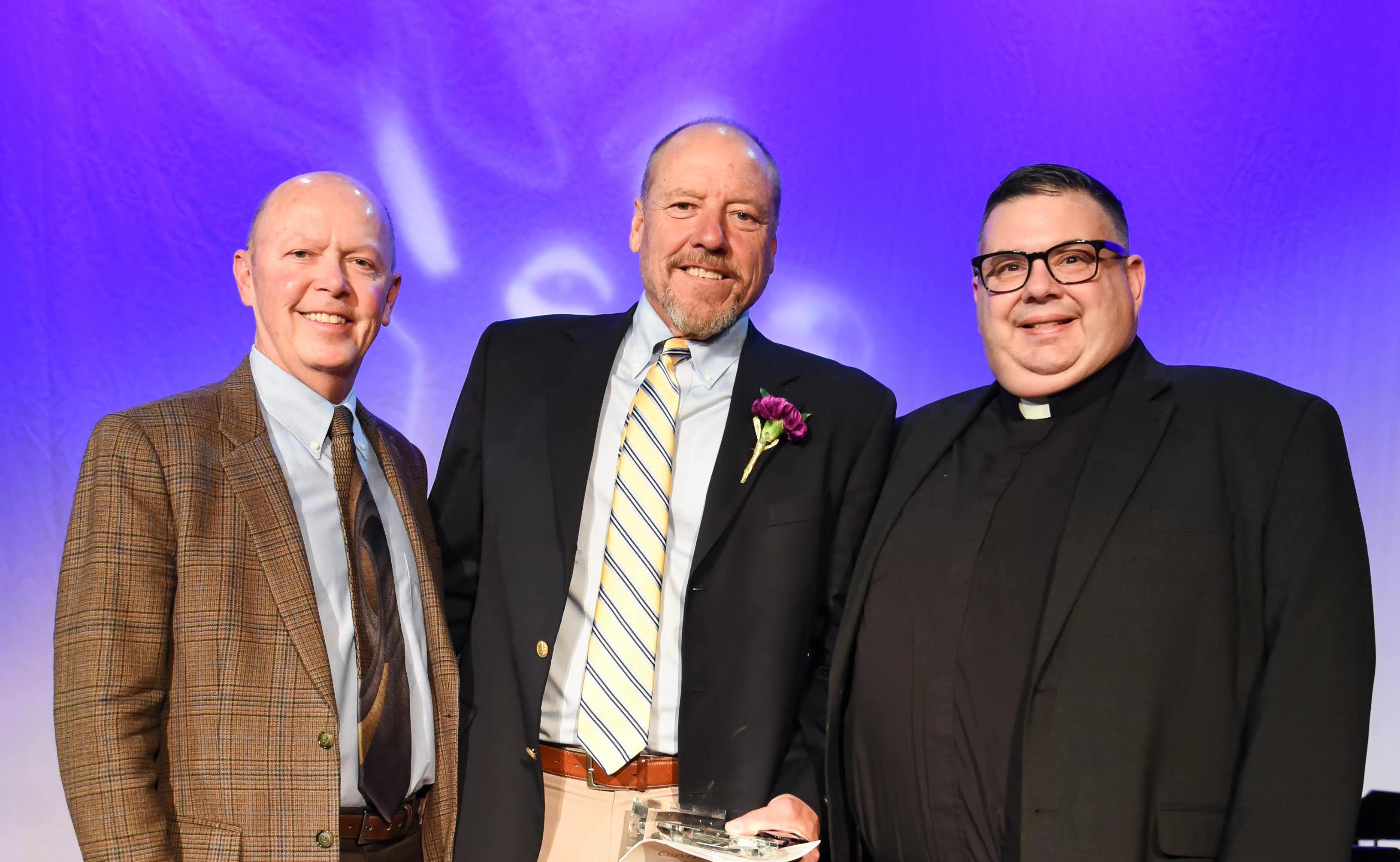 Thornton led many Cheverus sports teams to victory during his time on campus. As a two-way starting tackle, he helped his freshman-year football team win the league championship after an undefeated season. He was twice named All-State Offensive Tackle and was elected tri-captain his senior year. As a shot putter on the Cheverus indoor and outdoor track teams, Thornton won multiple meets and secured the state champion title as a 16-year-old. His junior year, Thornton held the role of forward for the Cheverus basketball team while also competing in indoor track that same season. A knee injury during his senior year basketball season curtailed his athletic activities that year. A talented athlete with a breadth of accomplishments both on and off the field, Thornton is known by his peers as a charismatic leader, “the soul” of his teams, and an exceptional player within a class of outstanding athletes.

Full album from this wonderful evening.