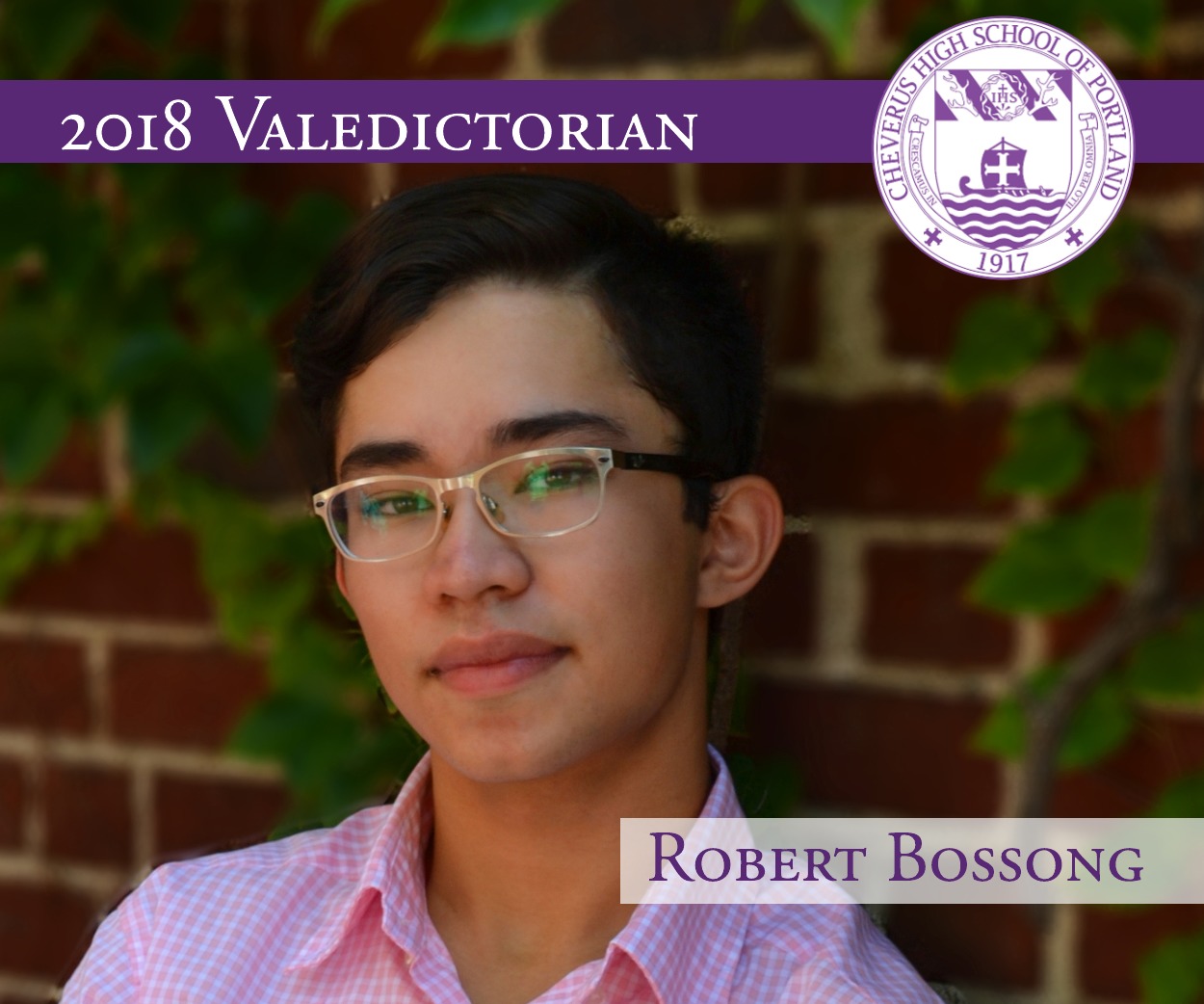 Robert A. Bossong ‘18  has been named valedictorian of Cheverus High School’s Class of 2018 and will deliver an address at graduation on Monday, June 4, 2018.

While at Cheverus, Bossong was a four-year member of the Key Club and served as vice president his junior year and president his senior year. He was recognized by Kiwanis International with the Most Outstanding Key Club Member Award and received the Key Club Book Reimbursement. As captain of the math team, Bossong earned a certificate for Superior Achievement in the New England Math League Contest and he will be among the first Cheverus students to receive a STEM diploma. He was also a member of crew team, chess team, and he was a captain of the sailing team. A member of the National Honor Society, Bossong was recognized with The Harvard Book Award, Phi Beta Kappa Academic Achievement Award, Undergraduate of the Year, Rensselaer Polytechnic Institute Medal, National Hispanic Recognition, and The President’s Volunteer Gold Service Award. Outside of school, Bossong is an accomplished pianist and violinist and a member of the Portland Youth Symphony Orchestra. In addition, he is a lector and eucharistic minister at Our Lady of Hope Parish and earned the rank of Eagle Scout.

Bossong is the son of Dr. Catalina Atienza and Dr. Lawrence Bossong. He will attend Cornell University and plans to study biology in a pre-med path.