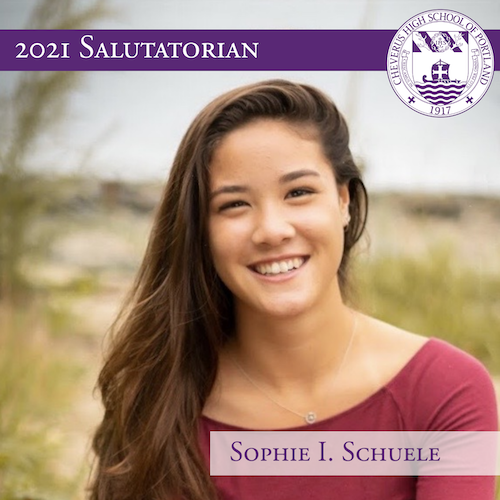 Schuele was a four-year member of the cross-country team, captaining her senior year, and a member of the indoor and outdoor track teams as well as the alpine skiing team. She also served on the immersion trip to the Rosebud Reservation in South Dakota. Outside of school, she is an active volunteer in the community and is first violinist with the Coastal Youth Orchestra.

Schuele is the daughter of Ms. Cicy Po and Mr. Frederik Schuele of Brunswick. She will attend Middlebury College.