Congratulations to all the Cheverus thespians for two great performances this weekend. Drama coach Keith Anctil directed his second outdoor production of the year on Friday and Saturday nights. Pirates vs. Ninjas: An Evening of Comedy Sports was a hit with audiences! Thanks to parent Tige Cunningham for the photos!

Watch the Cheverus Drama Society perform an original show, Jeff's Pizza, written by students Connor Haskell and Anna Vozzelli for the MPA Virtual Drama Festival yesterday. In Jeff's Pizza, we meet Wurt, an innocent college student on his first day on the job delivering pizzas around the universe through an intergalactic teleportation door. He runs into a host of pretty interesting characters including Orcs, lizard people, plumbers, and some Danny DeVito cultists who want to kidnap him for their own evil purposes. Will he make it through his first day on the job? Tune in to find out!

Several members of the Cheverus Drama Society attended the 5th Annual 24
Hour Playwright's Festival,  a virtual event
hosted by Wayneflete and there were 8 Maine high schools represented.
Student playwrights were given a prompt at 3:30 on Friday and had
until 8am Saturday to submit a script based on the prompt.  From 10-2
on Saturday, 33 students rehearsed and performed a dozen original
student plays.

Cheverus was represented by playwrights Connor Haskell and Anna
Vozzelli and actors Robert Crean, Maggie Andrews, Ashley Nguyen and
Maiya Koloski.  They did fantastic!  I was so proud!  The play Connor
and Anna wrote was witty, absurdly funny and incredibly well received! 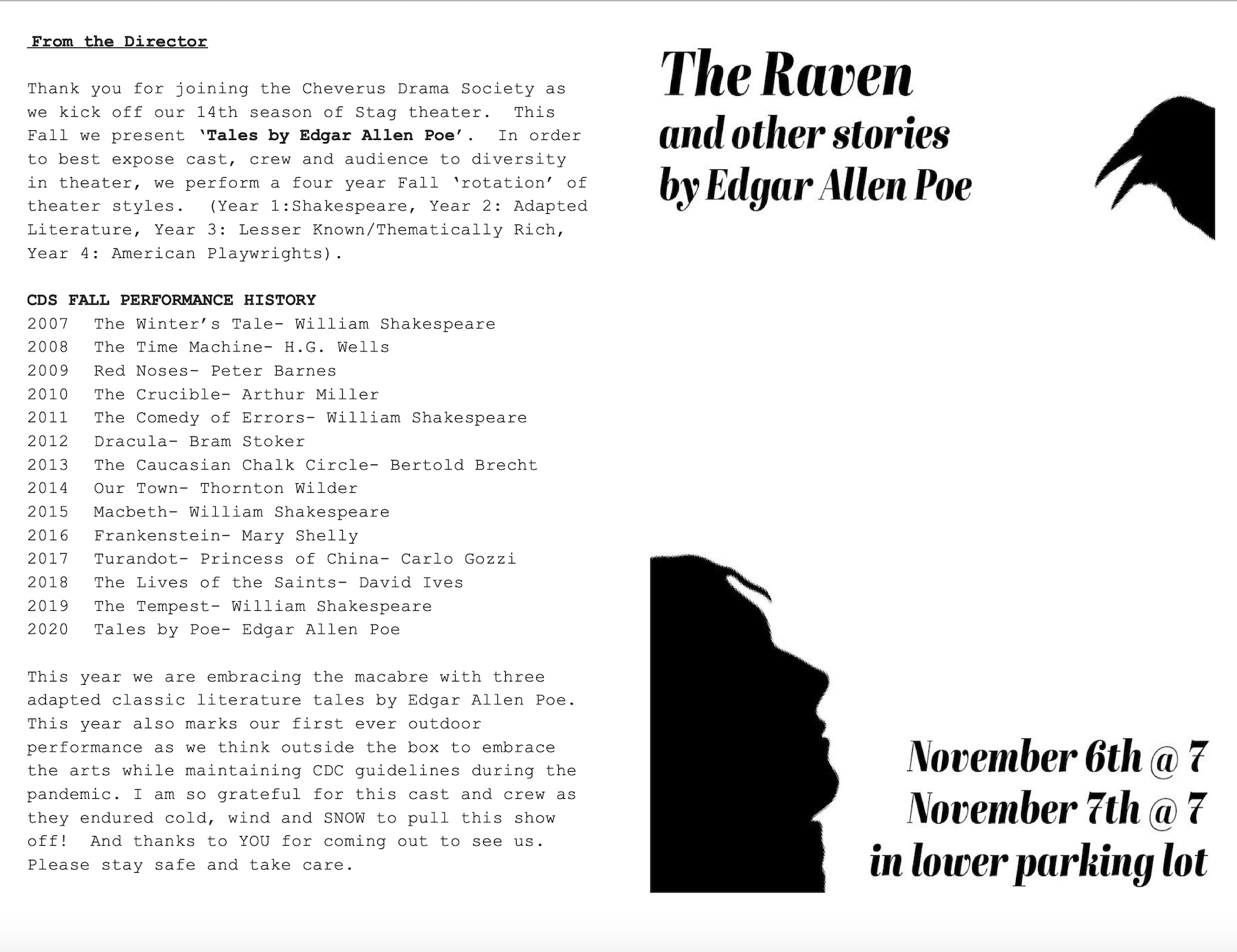