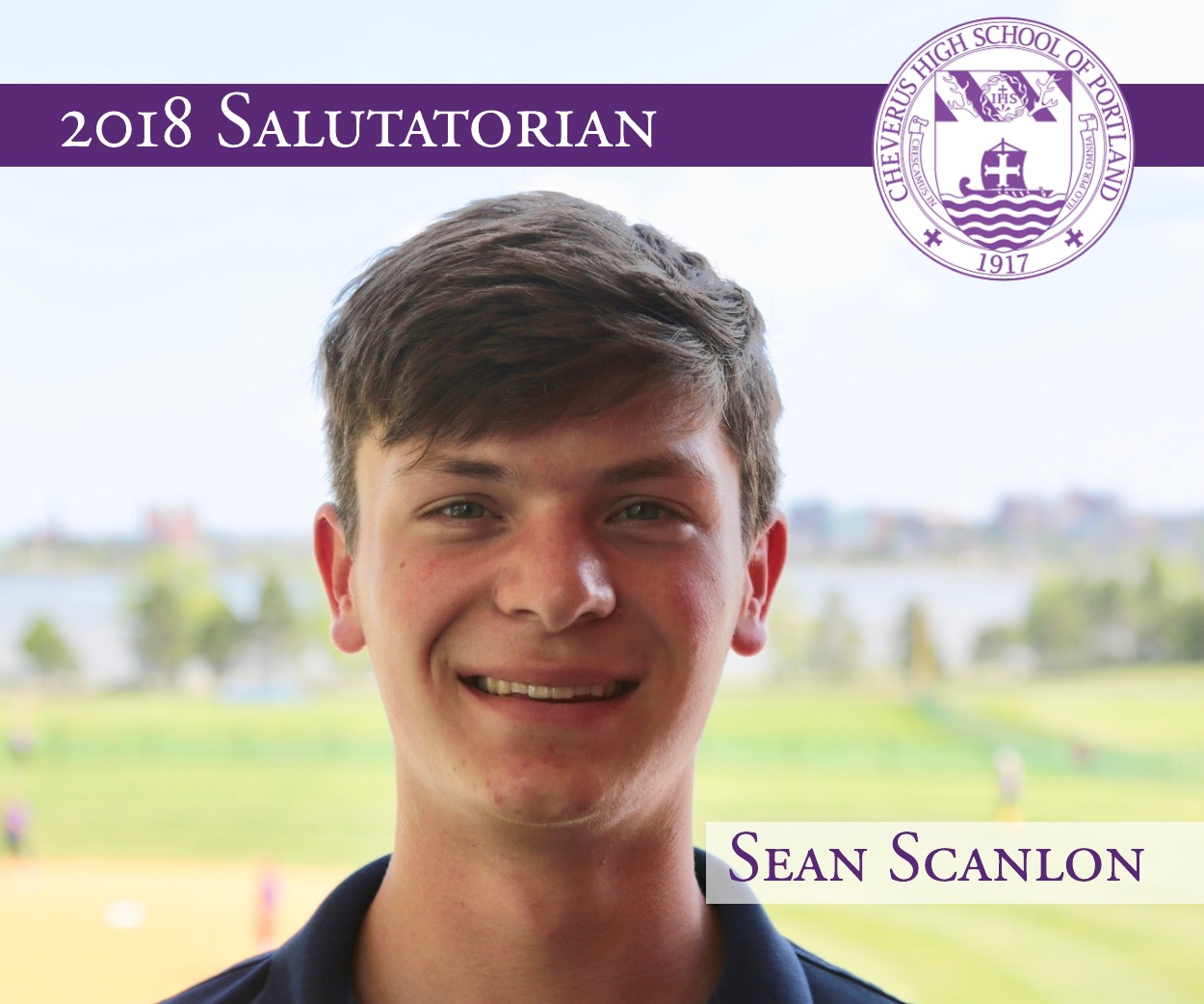 Sean P. Scanlon ’18  has been named salutatorian of Cheverus High School’s Class of 2018 and will deliver an address at the Baccalaureate Luncheon on Sunday, June 3, 2018.

Scanlon is the son of Mark and Regina Scanlon. He will attend the United States Naval Academy and plans to study engineering.